From Whiterun to Halo Infinite: How One Player Created an Impressive Skyrim Replica 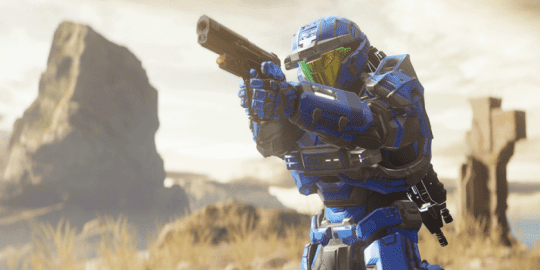 Halo Infinite's Forge mode has already proven to be incredibly versatile, allowing players with a bit of creativity and persistence the ability to create some truly remarkable levels. One Halo Infinite player recently managed to wow Bethesda and 343 Industries fans by faithfully recreating Skyrim's iconic city of Whiterun in Forge.

Bullet2thehead9 is the creative mastermind behind this incredible feat, using Inifinite’s editing tools and resources to construct an impressive replica of not just the exterior layout of Whiterun but also many key landmarks such as Dragonsreach, Breezehome, and more. Bullet2thehead9 recent video highlighting their creation immediately went viral on social media, garnering over a million views in a single day.

Bullet2thehead9's stunning recreation of Halo Infinite quickly went viral on social media and captured over one million views on Twitter. Players of Bethesda’s classic RPG have spent countless hours exploring every corner of this beloved city since its release in 2011 - something that many long-time fans are now revisiting within the familiar confines of a different environment, Bullet2thehead9's version of Whiterun in Halo Infinite.

Starting with a panning shot from Talos' statue at the bottom of Dragonsreach staircase armed with a Spartan pistol rather than traditional swords or staves seen in Skyrim’s version, Bullet2thehead9 also accurately captures every detail surrounding it, such as water effects making use of graphical improvements made available with Halo's graphics engine, alongside external buildings including Companion hall and Breezehome followed by market area and inn before finally visiting one of the various viewpoints atop wall encircling settlement. It even includes more distant elements that are reminiscent of those found at High Hrothgar, featuring shrubs and trees silhouetted against a mountainous backdrop visible outside city walls.

All things considered, it's truly captivating what kind of possibilities exist when talented people experiment enough with present resources, andBullet2thehead9 clearly knows how to maximize the use of those available even in the early stages.